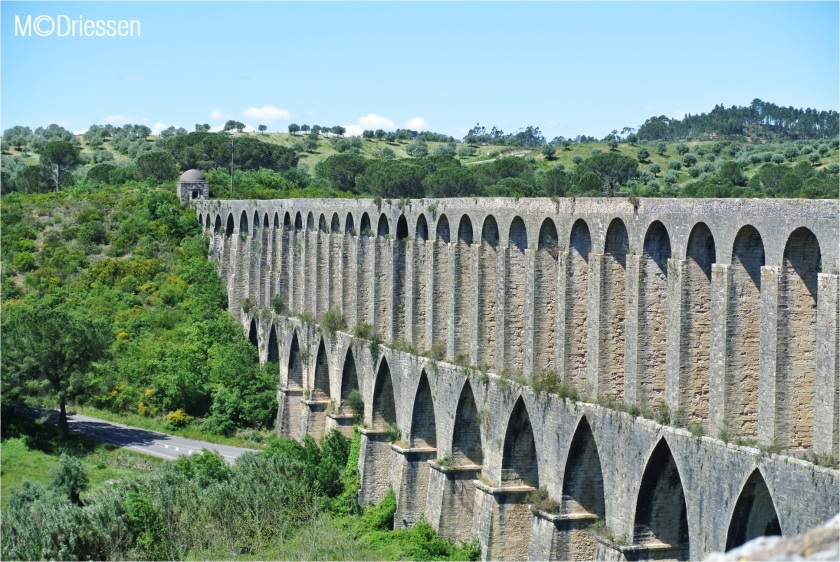 Change your perspective on something. Share a photo of a subject which you shot from directly above. Find a subject and instead of taking a picture from in front of, at an angle, to the side, or from behind, take it directly from above! In a new post specifically created for this challenge, share a picture which means FROM ABOVE to you!

Well, Sara, I’m afraid I can’t totally fulfill your wish, but I came quite as close (to the edge) as I dared: 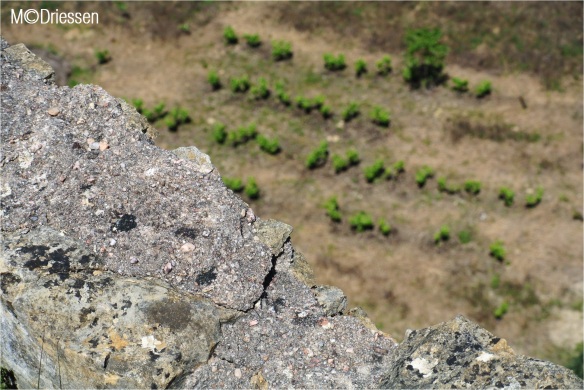 For this was made by yours truly from up here:

while walking on the mouse path on the right:

The Aqueduct of Pegões was built to deliver water to the Convento de Cristo in the Portuguese city of Tomar. The construction started in 1593 and finished in 1614. It is 6 km. long (almost 4 miles) and 30 meters (100 feet) above the ground at its highest point. Yes, Sara, these photos were taken From (high) Above brrr. My knees were slightly buckling I must say.

Thank you, Sara, for providing us with this challenge From Above. You are more than welcome to take a look at the other entries! 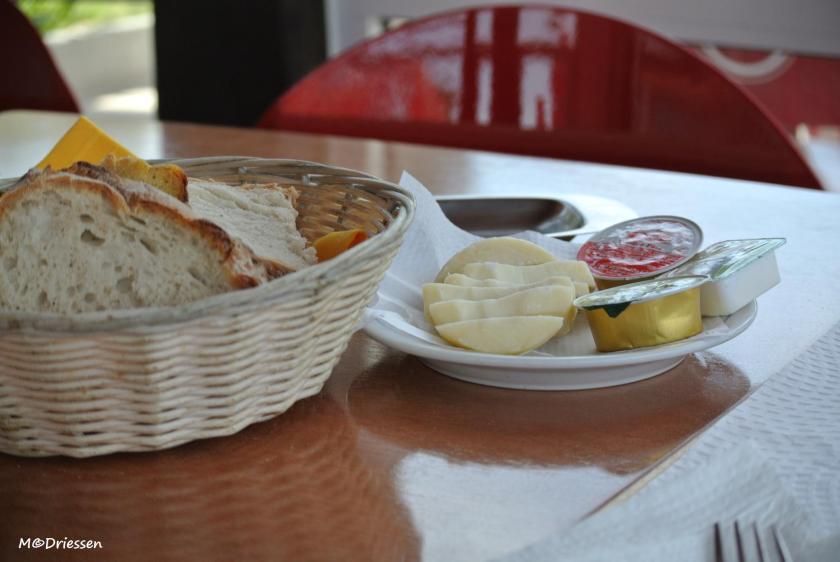 Inspire curiosity with your photography of culture, is Aaron Joel Santos‘ assignment this week. And here is my take on Portuguese culture:

This characteristic church near Óbidos is a beautiful and cultural part of Portugal, but to me culture is about people!

~ Relaxing, taking it easy… but always together in twos and threes.

~ A typical Portuguese snack stand, with nuts, seeds, corn and bananas, plus sweetness.

~ Bent after a full life of work, but still active and participating in black and hard-earned wrinkles. Beautiful!

~A stately gentleman in holiday suit, still safe from the busloads of tourists who will soon arrive.

In the header the food these hospitable people always provide for hungry travelers. We keep coming back to taste and feel Portugal. Bits and pieces of my heart can be found everywhere…

Thank you, Aaron Joel Santos, for providing us with this Cultural Photo Challenge!

Hot, so hot. It is almost too much to stand. Your fire burns me and the air is alive with moist heat in our little sanctuary. Music floats in and out, lulling my worries

I feebly try to break free from your intimate embrace, fight you, but you won’t let me go. A soft moan escapes my lips and I open them slightly when I feel your clean sweat trickle down my breasts, sliding slowly down… Feather light you caress me, pleasure me, raising goose bumps that stand up slightly from my skin, until a glistening wet sheen covers me from head to toes.

On and on you go, giving me no time to catch my breath. Stop, I beg, please stop. But you keep coming on, harder. My legs tremble and refuse to support my weight any longer. I  slide down the wall, slowly. No more, I whisper, But you follow me down, relentlessly, and hammer your force on me. With a cry of surrender I throw back my face and welcome your shower of kisses on my lips. I close my eyes…

… and open them wide when the water suddenly turns icy cold. Darned kids, they must have opened the hot water down in the kitchen. I sigh, get up and step out from under my morning shower. The day has won, it is time for breakfast.

Now what were you thinking? You do realize I was only writing about hot water, right? *wink* But I never knew it could be this much fun.

A short story, written for Kellie Elmore’s Free Write Friday challenge: Wordplay – Foreplay: take an ordinary task/object and make it sexy. To write about a subject in an intimate way, playing on words so that the reader would be unaware (and maybe blush a bit). Want to join us? Click the image for further details.

~ TAXES, GET LOST! DIGGING UP MEMORIES. ~ 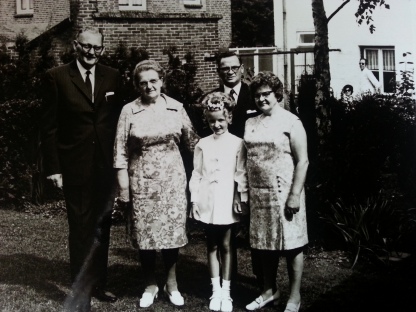 Yesterday, I posted a poem for my dear mother on my Dutch blog, Doldriest: Mom, can I be a child once more? In search of an illustration for that poem, I opened my photo album which I hadn’t seen in years. And found these jewels. So many memories… so in stead of doing my taxes, I’m lost in the past.

Will you search for sweet old memories today too?

You find yourself in an elevator. The door closes and you see only five buttons. A sign hangs above them that reads: “Find Happiness.” Each button is a different color. Red, blue, green, orange and yellow. There are no other instructions and you must push one to get the elevator to move. Which color do you choose and why? Where does it take you?

She stood dead still, hardly breathing. The entrance was right in front of her and all she had to do was step forward. But her feet would not move. Tendrils of doubt were pulling her back. Back towards her old life. Back towards certainty. No! The steel doors hissed with impatience. She looked at the desk, where the clerk was watching her. His eyes tried to burn their way through her spine, but she ignored the pressure.

The hallway was huge. A cold draft twirled through the many layers of her consciousness. Loneliness struck hard. There was nothing for her here. Upstairs would be people. And coffee! Squaring her shoulders, she stepped forward, straight into the gaping maw of the elevator. With an impatient snap, the doors closed and absorbed her. Like a birth canal.

Eighth floor, the instruction said. The intricate carvings on the elevator wall entangled her thoughts with Celtic patterns. She traced the lines with her index finger until she came upon the control panel. Five buttons. The bright colors clashed with the wooden interior in the diffused light. Only five? Impossible! When she looked closer, she discovered an inscription that said ‘Find happiness’.

Find happiness? Was this some kind of joke? She thought of her parents, who had been so worried when she told them about her plans to find work in the city. Moving out. She could still feel the tears in her father’s farewell hug.

Happiness, she could use a bit of that. She would give anything for a moment of wellness. The gray of the past weeks was too overwhelming, was shutting her emotions down until only despair remained. Her bank account was almost empty; there was only enough left for one month’s rent. Now focus, you need this job! Five colors for happiness.

The warm red glowed under her fingers, pulsing to the beat of the blood in her veins. Cool blue, calming her troubled mind. Nature’s green, reminding her of the woods where she used to walk with her dad. The fruity orange of the orchard. A sunny glow of bright yellow. Her heart responded. She had missed the colors in her life so much of late. But which button should she choose? Why couldn’t there be a simple 8?

Suddenly a myriad of lights melted together into one flame, that burned the darkness away. It was as if a shroud of doubts was lifted. One color was missing in these rainbow buttons! The one hue that colored her mother’s eyes. The one color that created her own name. She turned her back on the bright panel and blindly grabbed for the button that would release her from this prison. The one she simply knew would be there. It was the purple button that opened the only door back to happiness. To herself.

On this late-winter evening, a light rain is gently wiping the dust from my window. You are both safe and close, gaming in your rooms, and throwing an occasional remark up and down the stairs, with me in the middle. I am sitting here, silent, contemplating our lives together.

Twenty-one years ago you came into my life, Nick. Small and red, screaming your lungs out. So very different from today, when you are very composed – much more than I am. Sometimes I wonder who the adult is when we have an argument. The passionate emotional mother and her son, who puts all back in perspective. You have grown into a fine young man, and find your way in life with determination and calmness.

Then three years later you arrived, Sean, son number two. So alike, yet so very different. Calm on the outside but much more turbulent on the inside. The silent type you are, my ‘little’ one. Once you looked up at me, but now you have to bend over to come close. Not too close of course, that’s ‘not done’ at your age. My quiet dreamer with delicate humor, who still needs to explore his future.

I treasure you both. Your hugs – though I first have to catch you, Sean, to steal one. I treasure your funny comments and smiles – sometimes at my expense, but that’s quite OK. One day I will get back at the two of you! I love your integrity and steadfastness. At times you both are pigheaded and perk, at other times sweet and surprising. And though we do not always agree, we try to work it out and find better ways. Know that I will be here for you whenever you need me. For a talk, a hug or food. Because you are always in for a snack and cookies. In that way, you are very alike, pair of locusts!

will they ever stop? 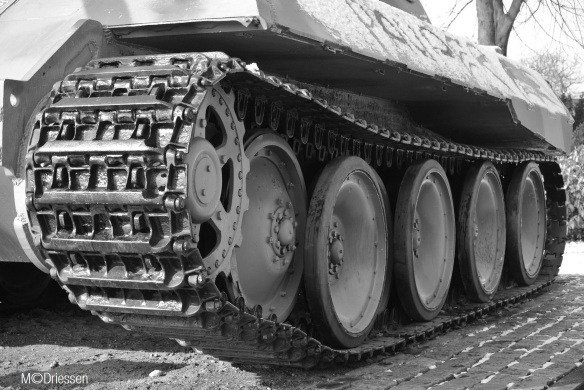 In the morning we sit at our breakfast table. We drive to work and sit in a car, bus or train. Then we sit eight hours a day at our desk. Drive home and sit at the dinner table. In the evening the couch is our seat. In short: we sit out a large part of our lives… which is bad for our health. We have to move more and sit less.

What? Sit on it? No more, Fonz! We have to start moving again, like our ancestors did. And I have found a solution, even two:

Take a look at the Treadmill Desk:

And the We Bike Desk: 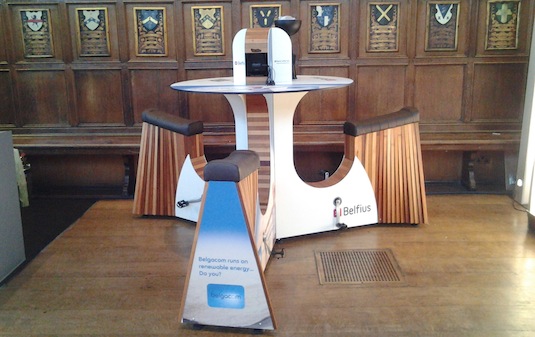 Here’s the Treadmill Desk in action:


Can you see yourself walking and biking at your desk? The construction doesn’t seem to be that hard to assemble. No more dieting or expensive fitness subscriptions, no. We work, we move. With the We Bike, we even produce energy.

More information at Treadmill Desk and We Bike.

Want to join me on a five-day tour through the streets of Dublin? Then simply click a photo to start the slideshow. 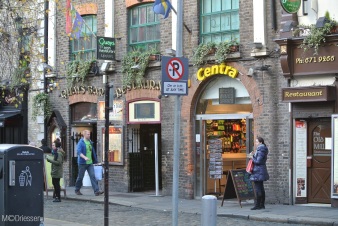 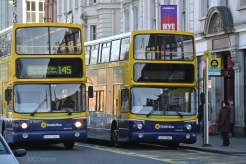 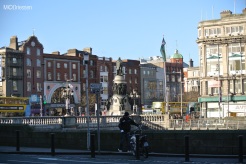 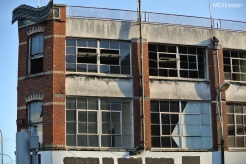 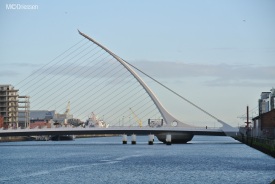 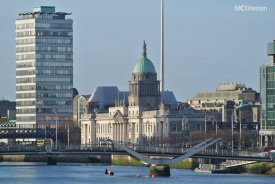 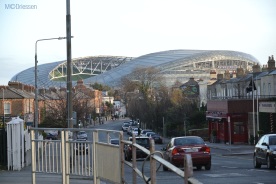 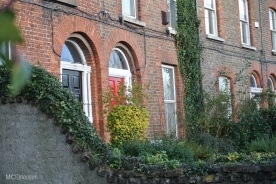 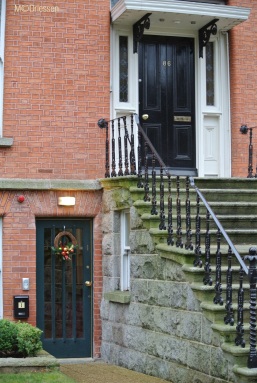 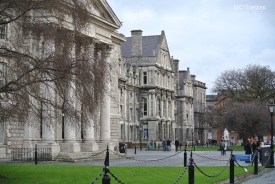 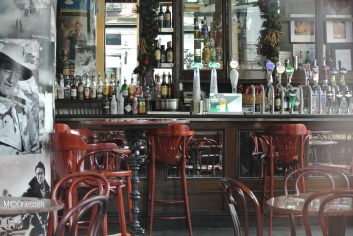