9/11. Today it is exactly twelve years ago that terrorists hijacked four airplanes to use them as human rockets. Two aircrafts buried themselves in the Twin Towers of the World Trade Center, another one in the Pentagon, Washington. A fourth plane crashed. In these terrorist attacks almost three thousand people died. Absolute horror.

Terrorism is the systematic use of terror, often violent, especially as a means of coercion. In the international community, however, terrorism has no legally binding, criminal law definition. Common definitions of terrorism refer only to those violent acts which are intended to create fear (terror); are perpetrated for a religious, political, or ideological goal; and deliberately target or disregard the safety of civilians. Some definitions now include acts of unlawful violence and war.

Write a story about TERRORISM in just six words. Let a photo or image inspire you to write a story. Or first write the story, and then make or search for a picture to go with it.

Publish your Six Word Story on your own website/blog and paste the link to that post in a comment to this one here at Figments. I will include your contribution in this post, forming a list of stories.

Will you join me? Will you? Say you do. And share the challenge news!

I look forward to your stories.
Marion

READ THE STORIES ABOUT TERRORISM OF:

I will post a new Six Word Story Challenge every other week on Wednesday – so the next one on September 25. On alternating Wednesdays you can visit my dear Sister from overseas’ website Marian Allen for her story challenges. Doe je liever mee in het Nederlands, ga dan naar Verbeeld een Verhaal in Zes Woorden: Terrorisme. 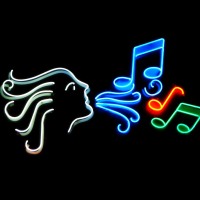